Building a Chatbot for the Illinois Department of Natural Resources

Ever been to a "hackathon" -- a gathering of technologists committed to working on a short-term project, usually a couple of days?  Imagine two dozen programmers, designers, and specialists locked in a room for 2 days with laptops, snacks, and caffeine, all focused on prototyping an innovative app for a good cause.  Learning, sharing, and pure geekery ensue! 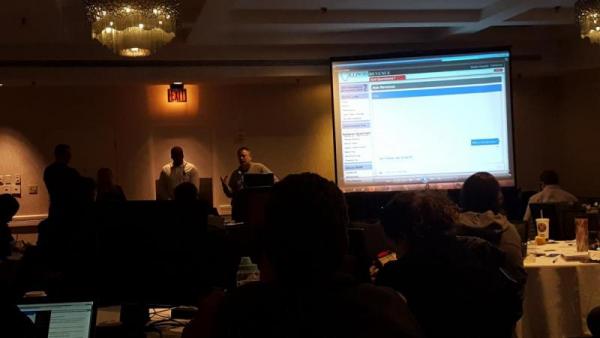 I was recently invited to participate in a state government-focused hackathon in Springfield, Illinois -- the state's capital and home to most state agencies and departments.  Representatives from several agencies attended, including the State Tollway Authority, the Department of Revenue, and the Department of Children and Family Services.  As one of the few private sector employees, I volunteered to work with a team from the Illinois Department of Natural Resources.  This is quite a department -- from hunting and fishing to mining safety and administering the state's waterways, IDNR encompasses dozens of departments with an expansive mandate.   (The hackathon, which was free for attendees, was sponsored by Microsoft, the Illinois Department of Innovation and Technology, and Innovate Springfield.)

The focus of the hackathon was to utilize new chatbot and artificial intelligence technology to help these government agencies fulfill their missions.  Microsoft kicked off the hackathon by providing everyone with temporary accounts on their Azure cloud platform, followed by an interactive presentation giving attendees the basics on their chatbot tools: 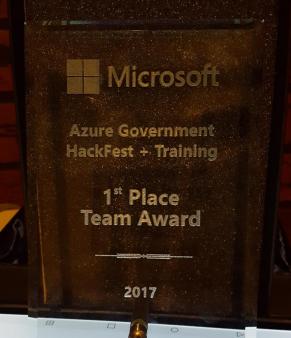 The results were stunning!  With only parts of two work-days to collaborate, the attendee teams built some incredible projects:

I'm proud to say that my team, including Lisa Ferguson and Brandy Schuerman of the Department of Natural Resources, won 1st Prize in the judging with our prototype: Buck the Bot, IDNR's newest public face!  Our presentation is below.