Someone recently asked me for suggestions to ask of other libraries when doing your due diligence on an AMH vendor.  I was happy to get that question because too often I think that libraries don't do an adequate job of digging into the experiences of other libraries with vendors. And even when they do, oftentimes the person providing the reference seems to have some incentive to paint a pretty picture rather than giving you the harsh truth.  I guess if they tell you about something that hasn't gone well, it suggests they did something wrong.....

I try my best to be as honest as I can be about my assessments of vendors and libraries too!  So, if you ask me, you will get an honest answer.  I urge libraries to do the same. No vendor is perfect and no procurement, implementation, migration is either.  Don't be shy about sharing what hasn't worked well or was HAS worked well.  As my therapist used to say....it's all just information.

Anyway, here's some questions that I recommend you ask about a libraries work with an AMH vendor:

Mick Fortune has released the first results of this year's RFID survey. Mick does this survey every year in the UK.  This year, Alan Butters (Australia) and I asked Mick to try for a global reach with the survey and we succeeded.  The survey includes respondents from several countries around the world and include over 50 libraries from the U.S. and over 50 from Australia.

The document focuses on three key areas: the physical move, automation, and the management of physical delivery ranging from labeling and containers to automation and contracting with courier services, this Recommended Practice addresses both the lending and the borrowing library’s activities related to delivering and returning a physical item.

I laud the effort made in putting these recommendations together.  There is a lot of detail and you are bound to pick up some new good ideas.  However, there were also a lot of "it depends" and I found it descriptive in places when it should be have been prescriptive. As we all know, just because many libraries do something a certain way, doesnt' make it a good idea!  Still,I think the work is useful and certainly a worthwhile read for anyone involved in library delivery.

You may have noticed that many websites (including this one) went "dark" yesterday.  This is because there was a concerted effort by many technologists and civil libertarians who feel that it is important to take a strong stand against two pieces of pending legislation, SOPA and PIPA. The folks at O'Reilly have explained the issue very well so below is their black-out message.

Today, we’re going dark to show the world that O’Reilly Media does not support the Stop Online Piracy Act(SOPA) in the U.S. House of Representatives or thePROTECT IP Act (PIPA) in the U.S. Senate.

We believe going dark is the principled action to take.

We’re in one of the greatest periods of social and business transformation since the Industrial Revolution, a transformation driven by the open architecture of the Internet. New technologies, new companies, and new business models appear every day, creating benefits to society and the economy. But now, fundamental elements of that Internet architecture are under attack.

These legislative attacks are not motivated by clear thinking about the future of the Internet or the global economy, but instead seek to protect entrenched companies with outdated business models. Rather than adapting and competing with new and better services, these organizations are asking Congress for cover.

Any forward-looking country must encourage its emerging industries, not protect its laggards. Yet, in a time when the American economy needs to catalyze domestic innovation to succeed in a hyper-competitive global marketplace, members of the United States Congress have advanced legislation that could damage the industries of the future.

Over the weekend, President Obama’s technology officials told the American people that they do not support SOPA or PROTECT IP as drafted. The White House’s response to a "We The People" e-petition included a strong rebuttal against the DNS provisions in the bills. While it is heartening to hear from the White House that it "will not support legislation that reduces freedom of expression, increases cybersecurity risk, or undermines the dynamic, innovative global Internet," we believe these bills must be abandoned, not amended.

We urge you to keep the pressure on today and in the weeks to come.

Here’s what you can do:

1) Learn if your U.S. Representative or Senators support SOPA or PROTECT IP through SOPAOpera.org.

2) Use the tools at AmericanCensorship.org, Engine Advocacy and POPVOX to tell Congress where you stand.

3) Participate in Better Activism Day, a free livestream of experts discussing ways to "improve your power in Washington from people who’ve been succ
essful at moving it."

For the last four years Mick Fortune, consultant and blogger at RFID: Changing Libraries for Good (http://www.mickfortune.com/Wordpress/, has been running an annual survey of UK libraries’ use of RFID. Last year’s survey yielded the largest response so far with a total of 122 UK library authorities completing the questionnaire.

Results are made available free of charge through a variety of channels.

What began as a simple count of self-service users (in response to an enquiry from the then UK national agency for libraries) has now grown into something approaching a full-scale audit of all the ways that libraries have found of exploiting the technology.

In the US, we don't have the history that Mick  and the UK libraries have about their use of RFID. But I thought we might be able to get started and build upon what Mick has done and Mick agreed to let us use his survey here in the U.S.  So we've modified it a bit to take into account some language differences ( we do all speak English, right?!) and we asked Alan Butters (http://www.sybis.com.au/), based in Australia , to participate as well.  Our goal is to obtain a more global view of this rapidly expanding, often confusing but always exciting market.

In case you've wondering what's up with FulfILLment, I thought I'd share this short Q&A piece.  It was prepared for a California consortium (thus the reference to a couple of products in use there) but the info is generally useful to everyone.  It includes some info I've grabbed from the FulfILLment and Equinox blogs (e.g. underlying architecture).  The other info comes from conversations with people who should know these things with a spattering of my own opinion.  Oh, and I see Equinox has updated the blog so be sure to go there and read about the Next Generation Discovery Interface component after you get the basics from below....

Fulfillment is an open source, resource-sharing (aka ILL) product that will compete with Link+ (Innovative’s INN-Reach product), SuperSearch (SirsiDynix’s URSA product), as well as AutoGraphics Agent Resource-Sharing and RelaisD2D. Who’s developing it? It is being developed by Equinox Software, Inc. under contract with OHIONET.

SIP3 has just been released and it provides many new messages which means communication between ILS/LMS and your self-check, sorters, security system, PC management system....will be easier to implement and you'll have more options.  That is IF your ILS vendor supports it!

So, make sure you start adding a requirement for SIP3 support to your procurement documents.

I got a call the other day from one of my clients in the throes of an RFID implementation.  She was distressed because members of her consortium were not coming to agreement on which RFID vendor they would use so she wondered if it was possible to use one vendor's products in one location and another vendor's products at the other locations.

The answer is Yes You Can.  This is the beauty of standards.

Below is a session description I contributed to the Library 2.011 Conference which will be held online November 2-4, 2011.  My session wasn't accepted, but plenty were, including one by Grace Dunbar of Equinox Software entitled Human Target: Staff is More Important than Software.

The key is for libraries to start adding data repositories beyond their catalog into their discovery environment.  For example, why shouldn't Ted Talks be searchable within your catalog?  They are well-produced, authoritative videos on a broad array of topics. Every library should include them in their holdings.  But they don't.  OpenLibrary.org has 1.7 million books available online.  Are these in every library's discovery interface.  No. But this needs to change.  And it is. 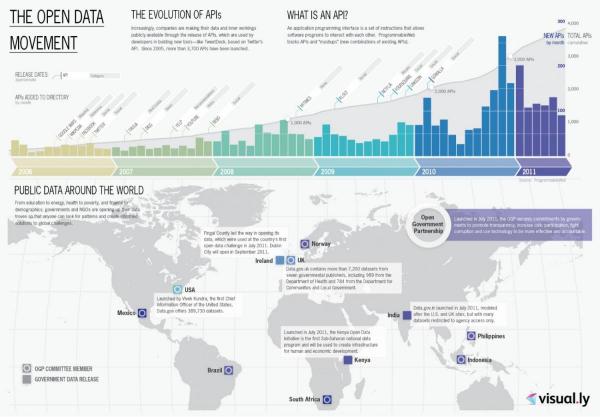