The Golden Ratio and Community

The latest issue of Collaborative Librarianship is out along with my Technology Matters column entitled "The Golden Ratio and Community."

"I recently read The Secret Code: The Mysterious Formula that Rules Art, Nature, and Science by Priya Hemenway. It is a book about the Divine Proportion or the Golden Ratio. The Golden Ra-tio is roughly five to eight (more precisely the square root of five). It turns up in nature in nu-merous ways and you see these proportions over and over again in art and architecture be-cause it resonates with us in some mystical way.

Other goodies from this issue include: 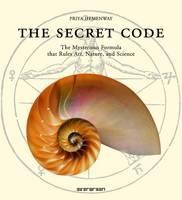